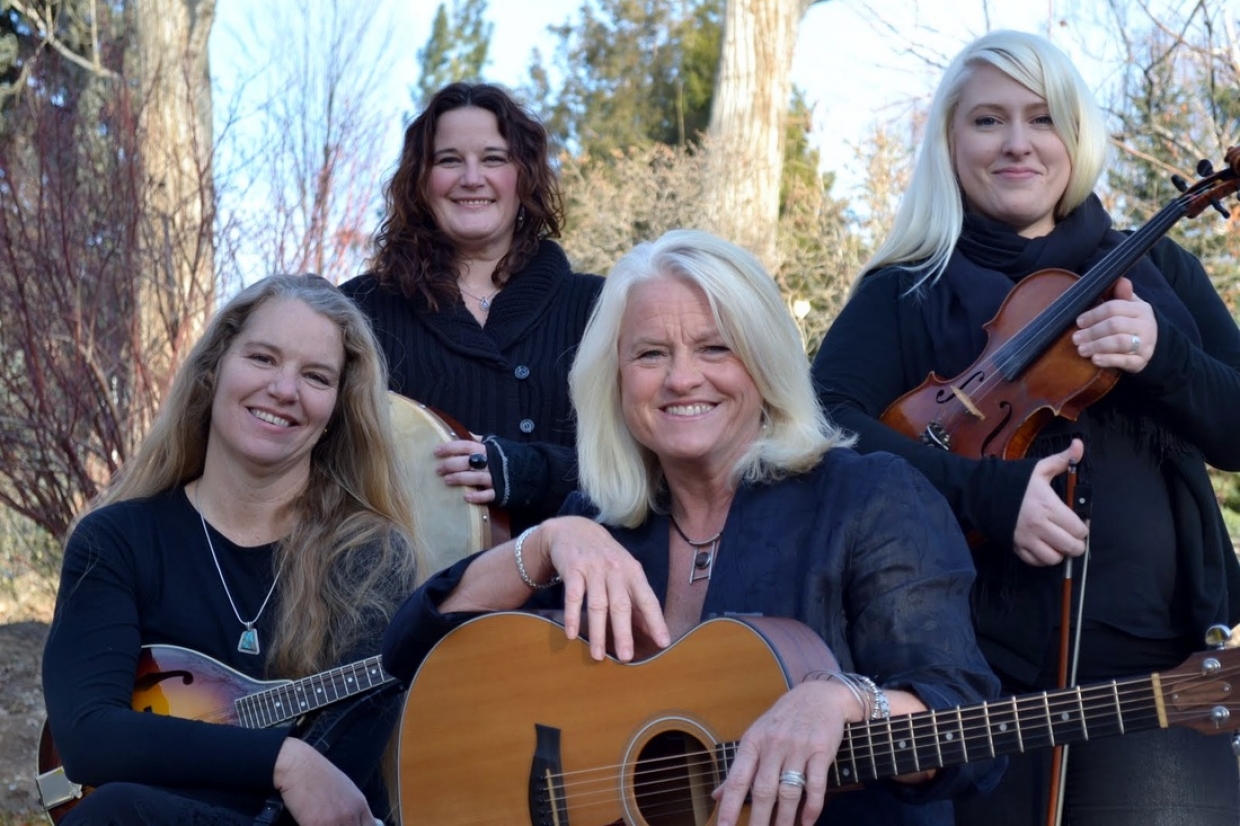 Also back by popular demand, last year's local darlings of the festival will again be gracing our stage with the special brand of magic that is reserved for Wayward Molly.

When Mona Stevens, Allison Ottley and Jani Gamble were asked to sing for the 2009 Christmas Eve service at a small suburban church in Salt Lake City, no one knew a fuse was being lit. While the three had been performing there separately for some time, they’d never sung together before. The requested piece was a simple Appalachian hill tune, performed without instrumental accompaniment or sonic adornment of any kind. Just three women, voices raised together, invoking light and warmth against the darkness and cold of a deep winter night. Enter the magic. Everyone who heard them knew that something special had happened. The three women themselves knew they’d stumbled on something extraordinary, but discovering what to do with it took a little longer. November of 2011 saw the trio begin meeting in earnest, spending a string of evenings listening, exploring, singing and playing that put to rest any question about whether the project had legs sufficient to carry it beyond the honeymoon stage and out into the greater world. Instruments were added to the mix, the nucleus of the band solidified, and it became clear this arrangement was no flash in the pan. A piece was still missing. The voices were right, but the search was on for an instrumentalist that could weave the group together and widen its sonic footprint.

The gap filled in the form of Nicki Singleton, a past state banjo and fiddle champion fresh out of the Berklee School of Music; a musician of such prodigious multi-instrumental abilities that absent a fiddle, a banjo, a piano or a mandolin, she could reliably be counted on to call forth music from a length of string and an old bucket. And with that, Wayward Molly was born, out of two veteran singer/songwriters with serious blues credentials, a classically trained chanteuse with a love of jazz and all sounds Celtic, and a multi-faceted instrumental wizard rooted in traditional bluegrass.

So, with the cast of characters assembled, the props lined up, and the audience awaiting, what was to be the play? The answer to that question, my friends, is still delightfully and mischievously evolving. On any given night, a Wayward Molly set list can include songs by Neil Young, The Wailin’ Jennys, The Eagles, Lucinda Williams, not to mention traditional Irish folk songs, jigs, reels and a brace of strong original material contributed by Ms. Stevens and Ms. Singleton, who it turns out, can add strong writing skills to their already formidable resumes. When asked to describe Wayward Molly’s sound, the band collectively coined the term Celtic Folkgrass, a term that works as well as any to identify The Mollys’ hearty mix of bluegrass, folk, country, blues, classic rock and roll, and the strong Celtic strain that runs throughout. The impending addition of some gospel material to the set recently led someone to suggest the expanded term Celtic Folkgrasspel, which was immediately dubbed far too baroque, not to mention just plain silly, even for as eclectic a project as this. But back to the magic… Because Wayward Molly draws from many musical wells, it would be easy to dismiss them as simply another good local cover band, one of many on the Utah acoustic music scene, which already boasts a rich and varied roster of fine acoustic outfits. Any first time listener holding that mistaken impression will last about 30 seconds into the first song before being pulled into the spell of those three voices, the same uncanny blend that warmed and lifted all those gathered in that small church sanctuary on a cold winter night years ago; a blend that speaks as much to the heart as it does to the ear and reaches the spirit long before the head knows what hit it. You may think you know some of the tunes Wayward Molly does, but the truth is, you don’t know any of them until you hear The Mollys do them.

Enough talk. Just listen. You’ll be glad you did. There’s no manual for Wayward Molly. It’s being written as we speak, with every rehearsal, every new tune, every performance, and every dumb banjo joke. It doesn't fit comfortably into any musical box and it doesn’t sit still for easy classification. No one knows where it’ll go from here. What we do know is that wherever it goes, the ride will be worth taking. ‘Cause it’s magic. Remember?

More in this category: « Kate MacLeod Mars Hillbillies »
back to top
Copyright © 2011 - 2021 OFOAM.org
All Rights Reserved.