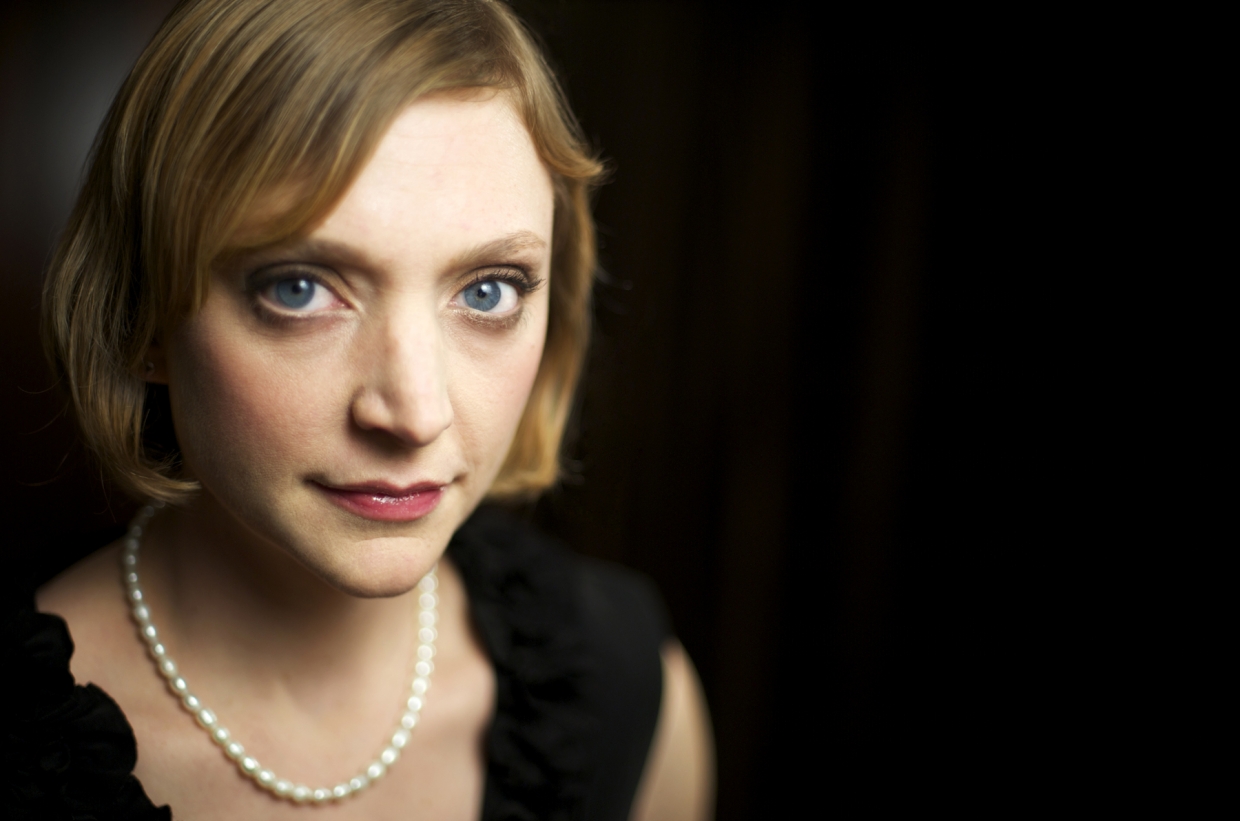 “Sometimes as darkly damaged as Lucinda Williams, at others as defiant and teasing as prime Peggy Lee and always authentically Americana in the Gillian Welch tradition…. She’s mighty good.” - Los Angeles Daily News

She’s a rock n roll mama from way out west in Idaho. After a brief hiatus last summer to welcome her first child into the world, Eilen Jewell is packing up her signature black dress, cowgirl boots, and guitar and is hitting the road again with a live double album release in tow and a new studio album due in spring, 2015. The past year has been one of reflection and incredible output for Eilen. The singer-songwriter gave birth to a beautiful girl named Mavis (after gospel great Mavis Staples). Jewell squeezed in a few tours in 2014 and somehow found time to honor a frequent request from fans to release a live album. The two disc set, titled Live at the Narrows, includes original songs and some of her favorite covers. This special self-release was recorded over two evenings in early 2014 and features artwork hand drawn by her bass player Johnny Sciascia. 2015 brings the release of Jewell’s fifth, full-length studio album, her first since 2011’s critically acclaimed Queen of the Minor Key. Sundown Over Ghost Town was recorded with Eilen’s longtime road band and special guests in her hometown of Boise, ID. The album is composed of twelve stunning, original compositions that feature some of her most personal stories yet.

Crafting a unique style that mixes her poetic ballads with swinging rockers, Eilen ranks among the best in the Americana genre today. As the reigning Queen of the Minor Key, Jewell leads a tight quartet who blend influences of surf-noir, early blues, rockabilly, and 1960s era rock and roll. Over the course of a decade, Eilen and her band have toured relentlessly. They have performed for legions of fans from Boston to Boise and Madrid to Melbourne at large festivals, theaters, rock clubs and coffeehouses. Eilen and her band have shared stages with the likes of Lucinda Williams, Loretta Lynn, Mavis Staples, Wanda Jackson, George Jones, Emmylou Harris, Blind Boys of Alabama, Chris Smither, and Junior Brown. Eilen’s fans have marveled at her warmth, unique wit, and onstage humor alongside her beautiful songs and fiery performances. In addition to four of her own full-length albums, Jewell has released two albums with her country-gospel side-project, The Sacred Shakers, as well as a tribute album to Loretta Lynn.