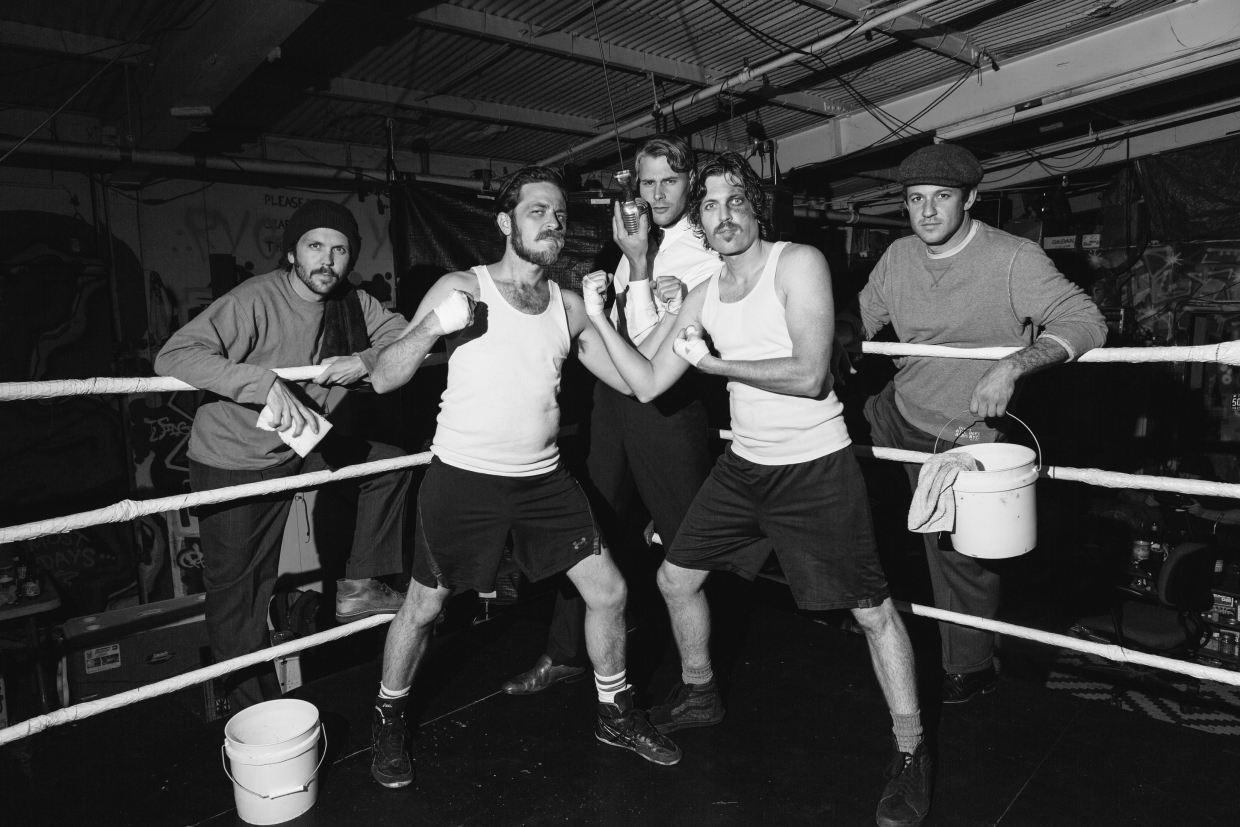 Expansive, uplifting, and just downright beautiful, City Painted Gold is one of the most anticipated records of the coming year – at least amongst the loyal fans The Brothers Comatose had won while touring across the country in support of their past two releases. Infused with a sense of relaxed, experienced confidence, The Brothers Comatose offer a southwestern-tinged, rowdy stringband sound that might just make this your new favorite record before you turn it over to side B.

Walking lockstep with their undeniable top-flight musicianship is an easy humility. “It’s just one, big, extended Morrison music party,” they say. Brothers Ben and Alex Morrison, guitar and banjo, and lead vocalists, front this rocking string band that has become a West coast headliner and national touring act in a mere handful of years. With bassmaster Gio Benedetti and stellar accompanists Philip Brezina on fiddle and Ryan Avellone on mandolin, their high energy, audience engaging shows have caught fire with fans from San Diego to Seattle to Salt Lake to Silk Hope, NC and beyond.

“It all sort of started before we ever picked up instruments” explains Ben. “Our mom was in a folk quartet that sang beautiful songs in harmony. Alex and I would watch them rehearse for hours when we were kids.” Growing up around band rehearsals and music parties, the Morrison brothers eventually found themselves with instruments in their hands. Ben started playing on his dad’s acoustic guitar and Alex happened upon a banjo that someone had left behind after a household music party.

The brothers learned a mess of classic rock covers, playing casually in their living room and around campfires (and at those famous Morrison music parties) for the next few years. Eventually their genre of choice drifted to broad-stoke Americana and a buddy asked them to come record a few tunes in his garage. Their friend Benedetti had been studying upright bass and they called him up for the session. He couldn’t make it that day but shortly after they all began playing together. They needed a few more good players to round out their sound, and the brothers put up fliers all around San Francisco. A few people answered, including Philip Brezina, at the time pursuing a Master’s degree in violin performance at the Conservatory of Music. “When he showed up, I thought, who the hell is this guy?” says Ben. “He’s kind of a redneck but he’s getting his masters in classical violin. Turned out to work pretty well.” Avellone had shared bills with the Brothers a few times over the years in other bands and was a perfect fit. Ben called him up, and “next thing you know, he’s our mandolin player.”

Soon enough they put the axe to the grindstone, releasing two critically acclaimed records in Songs From The Stoop (2010) and Respect the Van (2012). Those releases led to extended tours with Devil Makes Three, Yonder Mountain String Band and Lake Street Dive, which in turn led to their own headlining club tours and festival appearances including the likes of High Sierra, Delfest, Outsidelands and Pickathon.

When it came to write their third record, the now-seasoned road warriors returned to their home of fourteen years in the Haight-Ashbury neighborhood of San Francisco. “We wrote this album living in San Francisco as it was changing from a weird, art friendly mecca to a place that only super rich tech workers could afford,” tells Ben. “Things started changing – venues were closing down, and artist and musician friends moved away. What is San Francisco without its weirdos? That’s what the song City Painted Gold is about and that’s why it’s the name of this record.” Shortly after completing the record, The Brothers Comatose themselves joined the ranks of the displaced.

Eviction brings change, and change inspires creativity. When our heroes got booted from their home city of over a decade, they did not despair – no! They wrote a new and wonderful album. If our heroes maintain their current trajectory we should all be really rather excited about what the future holds.