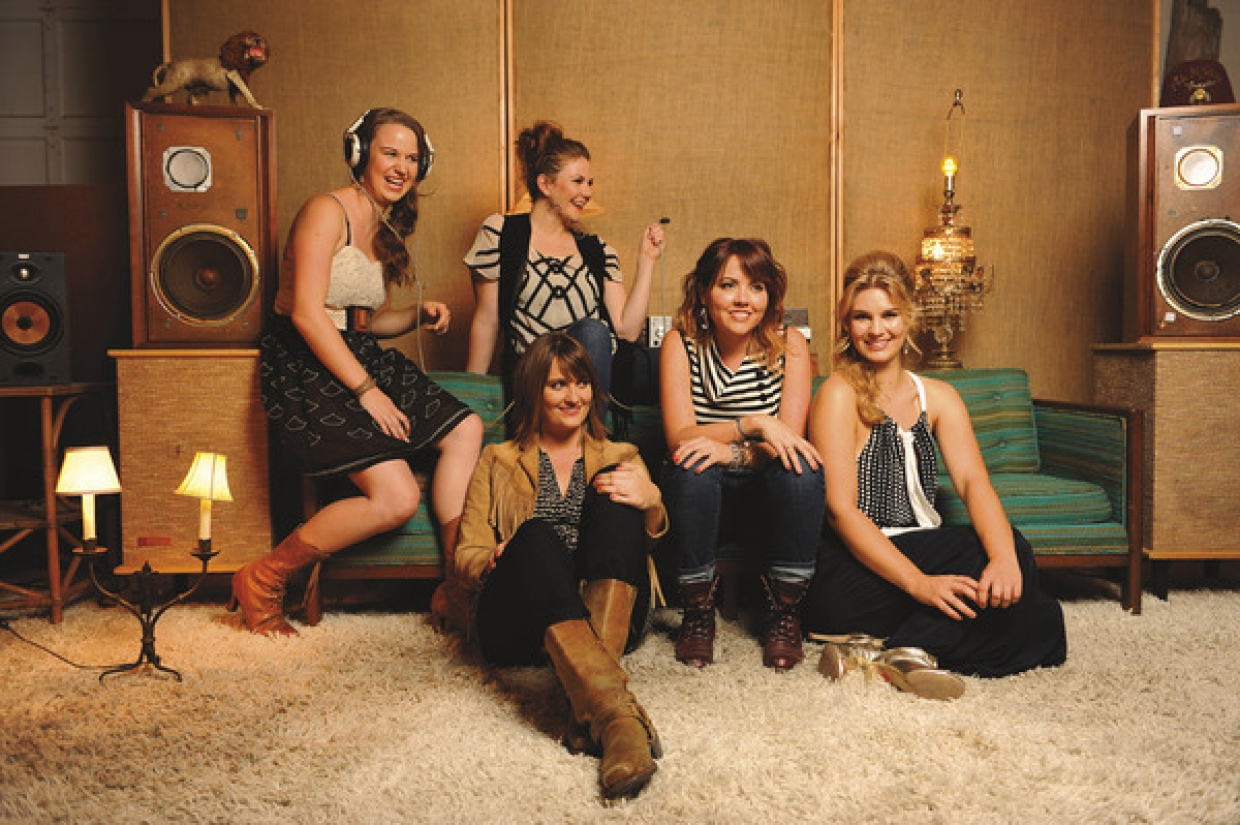 In a relatively short period of time, Della Mae has become a sensation in the music world. Commanding a powerful collective chemistry with vocal, instrumental, and songwriting talent to spare, the Boston-based combo mines time-honored elements to create music that's unmistakably fresh and contemporary and has earned them the 2013 IBMA Emerging Artists of the Year

The group quickly won an enthusiastic following through their high-energy live performances at festivals around the country. The band expanded its reputation with their self-released first album, 2011's I Built This Heart, which won an impressive amount of attention for a D.I.Y. release.

This World Oft Can Be, Della Mae's second album and Rounder debut, shows that like the Avett Brothers, Lumineers, and Punch Brothers, these five multitalented young women are respectful of American musical tradition, but not restricted by it, combining centuries' worth of musical influences with an emotionally tough, undeniably modern songwriting sensibility.

In addition to playing festivals and clubs throughout the United States, Della Mae recently expanded the scale of its touring efforts after participating in the U.S. State Department's American Music Abroad program. Selected as cultural ambassadors, the band spent 43 days traveling in Pakistan, Kazakhstan, Kyrgyzstan, Tajikistan, Turkmenistan and Uzbekistan, where they collaborated with local musicians, taught educational programs for children, and played concerts for local audiences.

"It's been a life-changing experience for us, individually and as a band," Ludiker says of the tour. "A cool thing about playing music in Central Asian countries is in the lack of distinction their audience places between musical genres. We found that if music is played with feeling, all people connected to it. They find themselves smiling and relating without even understanding the language."

Indeed, Della Mae demonstrates how effectively music builds bridges and transcends artificially constructed borders, whether they're national or genre-based. Ludiker concludes: "All five ladies are individually driven, and we are working towards the same goal. This band definitely feels like a calling, a labor of love."

Published on May 16, 2013, from the album 'This World Oft Can Be' Rounder Records
More in this category: « Alejandro Escovedo The Steel Wheels »
back to top
Copyright © 2011 - 2021 OFOAM.org
All Rights Reserved.