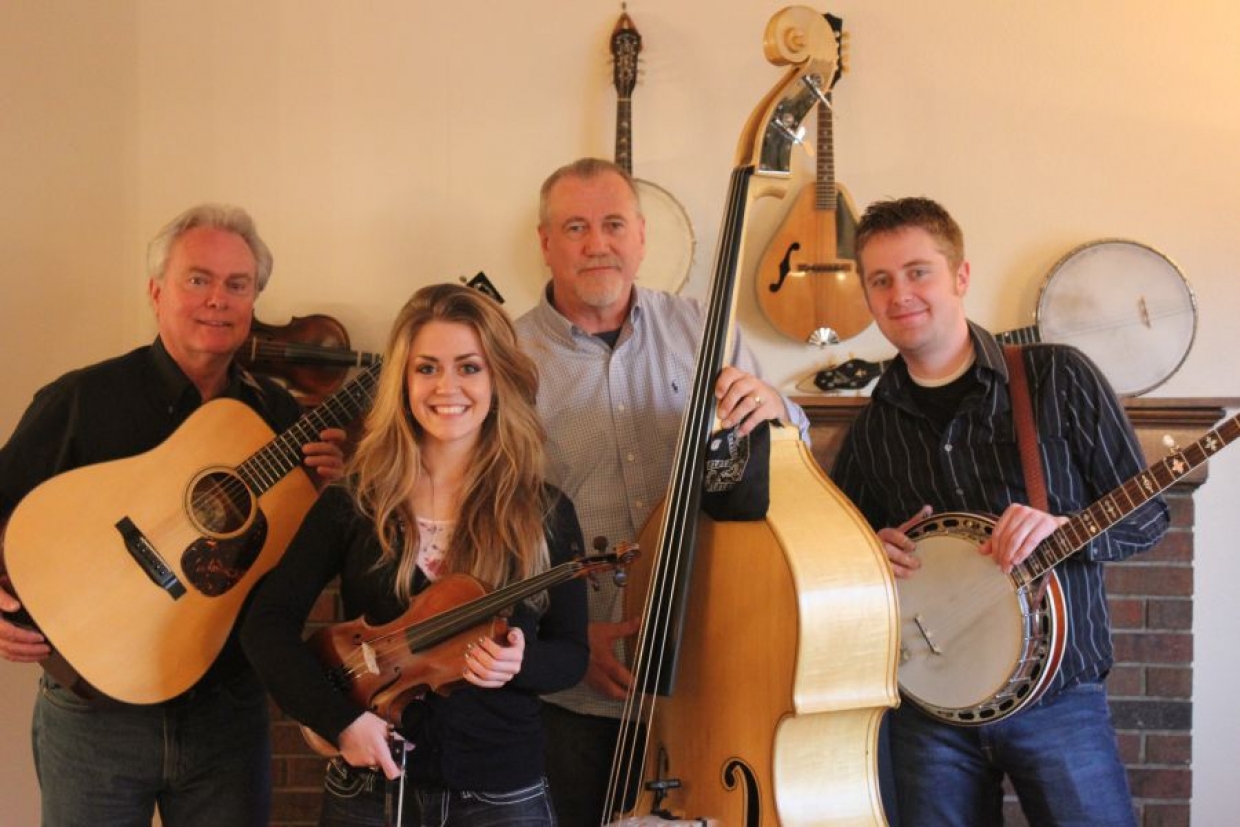 Richard Schmeling - Guitar, Mandolin, Vocals
Richard Schmeling originally hales from Brooklyn, New York, but has been playing bluegrass and other genres of music for many years in the Salt Lake valley. Along with guitar and mandolin, Richard is an accomplished piano player and loves performing the ballads of old time cowboy music and he loves the romance of the old west. Richard played guitar and mandolin with well-known Salt Lake band Ridin' the Fault Line for the past 18 years. He also played with Lonesome Ridge, filled in with the Backwoods Cowboy Band, and is currently a member of the Red Desert Ramblers, and the American Irish Duo.

Tim Morrison - Bass, Guitar, Vocals
Tim Morrison, originally from Salt Lake City, has been involved in the acoustic music community in Salt Lake for over 20 years. He is a former president of the Intermountain Acoustic Music Association, and president of Utah Friends of Bluegrass. He has also served as a co-director of the Utah State Instrument Championships and is currently in charge of judging. Tim formed Lonesome Ridge in the 90's and joined the Stormy Mountain Boys in the early 2000's and has played with them since. Tim has filled in with many bands across the intermountain west including Ridin' the Fault Line, the Red Desert Ramblers, and Hammer Down. Tim also played with the Backwoods Cowboy Band and played many old time cowboy variety shows around the Salt Lake valley. He also played and toured with national recording artist Ron Spears and Within Tradition.

Jake Workman - Banjo, Guitar, Mandolin, and Vocals
Jake Workman, from Draper, Utah, hit the bluegrass scene in Salt Lake when he was about 15 years old, when he joined Hammer Down as their banjo player. Since that time he earned his place as one of the most respected players in the bluegrass community, and has gone on to take 2nd place in the National Banjo Championships in 2010 and 2011. Jake started playing guitar at about age 17 and has since placed 4th in the National Flatpicking Championships at Winfield, Kansas. Jake has also won the Utah State Instrument Championships in guitar, banjo, and mandolin, and won the Texas State Guitar Championship in 2010. He has also won Guitar Center's King of the Blues competition nearly every year he competes. Jake also plays mandolin with intermountain favorite Cold Creek, and is the featured guitarist for Driven, a well-known bluegrass band from Kansas.

Rebekah Workman - Fiddle, Vocals
Rebekah Workman joined the bluegrass scene in Salt Lake when she met Jake Workman just a few years ago. She hales from Oak City, Utah. Rebekah and Jake would show up to the local bluegrass jams and while he was lighting it up on the guitar, Rebekah would light it up on the fiddle. Rebekah and Jake married and have been playing music together as a duo as well as in bluegrass bands and other settings. Rebekah's fiddle talent is the current driving force in Bluegrass Rising. She has also added her fiddle and voice to Hammer Down, Cold Creek, and Driven.

Blaine Nelson - Banjo
Blaine Nelson joins Bluegrass Rising as one of the finest 5 string banjo players in the state of Utah. His outstanding skills earned him the title of 2003 Utah State banjo champion. His unique and flawless banjo picking drive the sound of Cold Creek. He has played at numerous venues throughout Utah, both with his former band, Gift Horse, and as a solo act, including the 2002 Winter Olympics, the Founders Title Folk and Bluegrass Festival, and the Birch Creek Bluegrass Festival.

Tweet
Tagged under
More in this category: « Triggers & Slips Jeff Scroggins & Colorado »
back to top
Copyright © 2011 - 2020 OFOAM.org
All Rights Reserved.