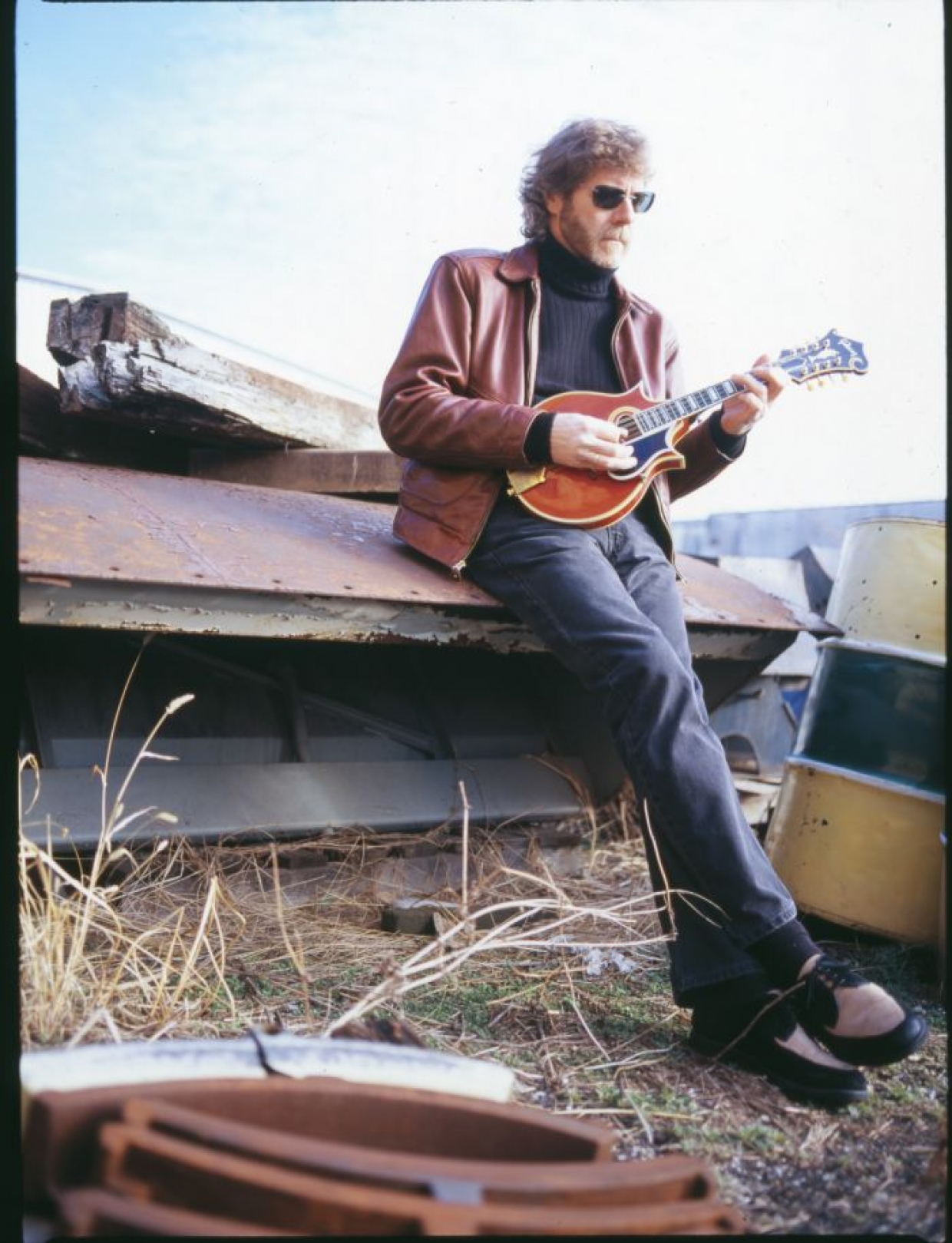 Grammy Award winning multi-instrumentalist Sam Bush doesn't seem old enough to be a musical legend. And he's not. But he is. Alternately known as the King of Telluride and the King of Newgrass, Bush has been honored by the Americana Music Association and the International Bluegrass Music Association. "It's overwhelming and humbling," Bush says of his lifetime achievement award from the AMA.

"It goes along with the title cut of my new album, Circles Around Me, which basically says, how in the hell did we get this far? In my brain I'm still 17, but I look in the mirror and I'm 57." But honors are not what drive him. "I didn't get into music to win awards," he says. "I'm just now starting to get somewhere. I love to play and the older I get the more I love it. And I love new things." Among those new things are the growing group of mandolin players that identify Bush as their musical role model in much the same way he idolized Bill Monroe and Jethro Burns. "If I've been cited as an influence, then I'm really flattered because I still have my influences that I look up to," Bush says. "I'm glad that I'm in there somewhere." He's being humble, of course. Bush has helped to expand the horizons of bluegrass music, fusing it with jazz, rock, blues, funk and other styles. He's the co-founder of the genre-bending New Grass Revival and an in-demand musician who has played with everyone from Emmylou Harris and Bela Fleck to Charlie Haden, Lyle Lovett and Garth Brooks. And though Bush is best known for jaw-dropping skills on the mandolin, he is also a three time national junior fiddle champion and Grammy award winning vocalist. "In the acoustic world, I've been pretty lucky to play with almost every one of my heroes. I've gotten to play with Bill Monroe, Doc Watson, Earl Scruggs, I've been to the mountain," says Bush with a smile. But his greatest contribution may be his impact on the future. "I'm secure with what I can do and I know what I can't do," he says. "You just have to stand there and applaud the great young talent. "Chris Thile, Wayne Benson, Shawn Lane, Matt Flinner, Ronnie McCoury, Mike Marshall—they play in ways that I can't play," he says of today's younger generation of mandolin players. "I'm hoping to be around for is the next generation that comes along after that group. That's going to be something. The music keeps evolving.

More in this category: The Boxcars »
back to top