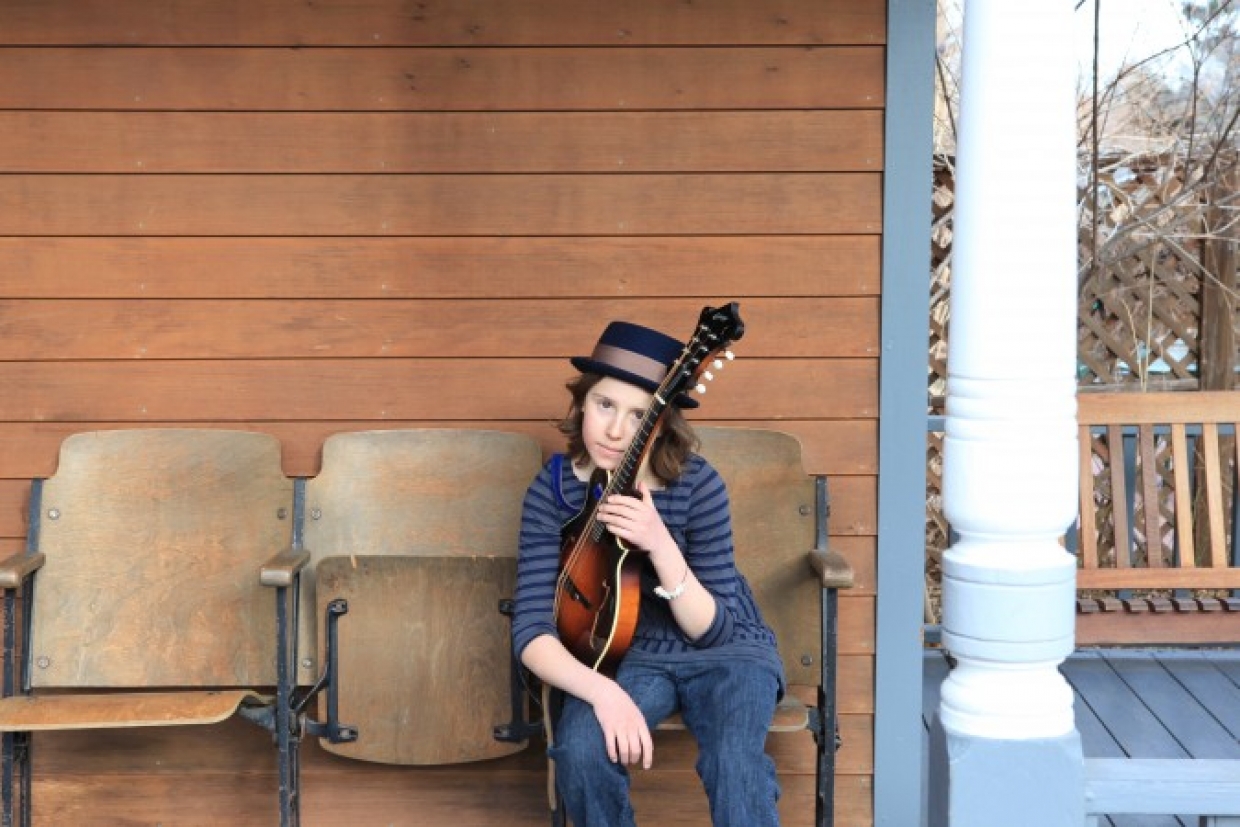 OFOAM discovered the 11-year-old Bella Betts last year when she stepped on stage at the 2012 Rocky Mountain Folks Festival in Lyons, CO to pick a few tunes with Amos Lee. With her stage presence and skill, she embodies the mission of OFOAM, to introduce youth to playing traditional acoustic instruments.

She'll be joining a few of our mainstage performers to make some magic happen and you'll see her on the workshop stage helping OFOAM carry our mission to other young people. Can you tell we're giddy? Time to step aside and let her tell you more:

I am a 12 year old, Boulder, CO based musician.  I am home-schooled and I love animals and raise chickens.  I play mandolin and guitar and I sing. I also write songs and I get my inspiration from Swing, 80's, Bluegrass/Folk music and life.

I have always loved music and it has been around me for as long as I can remember. I have been singing since I could talk and started playing guitar at the age of of five inspired by Maria in The Sound Of Music. This was followed by mandolin, which had always fascinated me, when I was 8.

In 2008, I began attending Rockygrass Academy at Planet Bluegrass in Lyons, CO and ever since The Planet has been like a second home to me. I have been to Rockygrass every year and this year went to Song School and Folks Fest for the first and certainly not the last time. I also attended the Mandolin Symposium in Santa Cruz CA this year and I foresee it becoming a tradition.  In adddition to camps, I take weekly lessons in all of my instruments. Mandolin with Nick Amodeo, Voice with Ayo Awosika and Guitar with Greg Schochet.

When I turned 11, I became serious about being a musician and began to think about, and form, opinions on musicianship, songwriting, and how to best improve on my journey. Of course I'm constantly learning and my opinions change almost daily - making it feel something like a roller coaster ride. Now I've gotten used to it though and I'm focusing on listening, learning, my original songs, musicianship, and my music/life mission as I ride my roller coaster.

This year I'm making an album and now we are right in the thick of it. It's an amazing experience and so much fun!!! There's so much to learn and after I plan to experiment with having a band or being a solo artist and see which works best for me.

I love to perform and have sat in with many local bands and recently learned a great deal about performing at Song School. I played with Amos Lee on the main stage at Folks Fest and Langhorne Slim at the Bluebird theater in Denver and the Fox Theater in Boulder.  I have also sat in with Aoife O'Donovan, David Grier, Chris Thile and played on the Woodsongs Radio Hour.

I hope to see you on my musical journey!  bella betts

More in this category: « Ugly Valley Boys Lash LaRue »
back to top