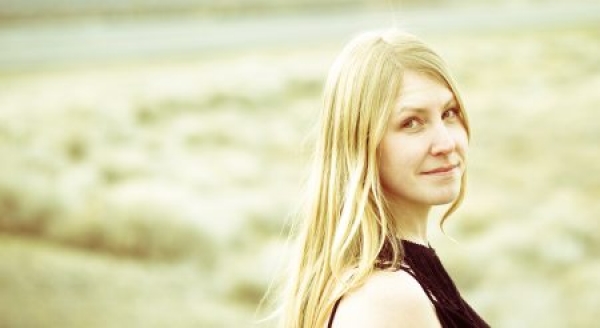 "With a haunting voice that treads soul and country and can only be described as a cosmic americana, Zoe Muth delivers songs that sound like vintage country classics." - Twangville

Whether nailing an upbeat honky-tonk tune or a slow, sad story-song, Zoe Muth's music is so honest and familiar, you'll wonder why you haven't heard it yet.

Her self-titled, self-released debut won attention not only from her hometown (Seattle Weekly dubbed her "our own Emmylou"; tastemaker blog Sound on the Sound called her "without doubt, one of the finest songwriters in Seattle") it also earned praise from the worldwide press. The record landed on No Depression's annual Reader's Poll as one of the Top 50 Albums of 2009, while Modern Acoustic magazine called her 2010's "New Artist of the Year."

On its follow-up, Starlight Hotel (produced by Muth and Martin Feveyear at Seattle's Jupiter Studios), you can almost feel the wheels turning under the pickup truck. Picture an old country road, flat land on either side and a whole lot of nothing out the window. The mood of the music – and Muth's narrative lyrics – captures a stark honesty that recalls some of the finest country classics. In fact, there's so much spirit of Merle and Hank in these tunes (sung in an earnest tone reminiscent of Iris DeMent), it's easy to forget they were actually realized in the lush green of western Washington State.

Growing up in the hometown of Jimi Hendrix and Kurt Cobain, Muth was raised on old school rock before discovering the Anthology of American Folk Music in high school. The stories of rural people jumped out at her through the music and, when she started writing songs a few years later, she naturally gravitated toward that style. It wasn't long before she she'd amassed a remarkably tight backing band, plucked a name for them from Townes Van Zandt's "No Lonesome Tune," and decided to make a record.

More in this category: « Elephant Revival The Get Down Boys »
back to top
Copyright © 2011 - 2020 OFOAM.org
All Rights Reserved.