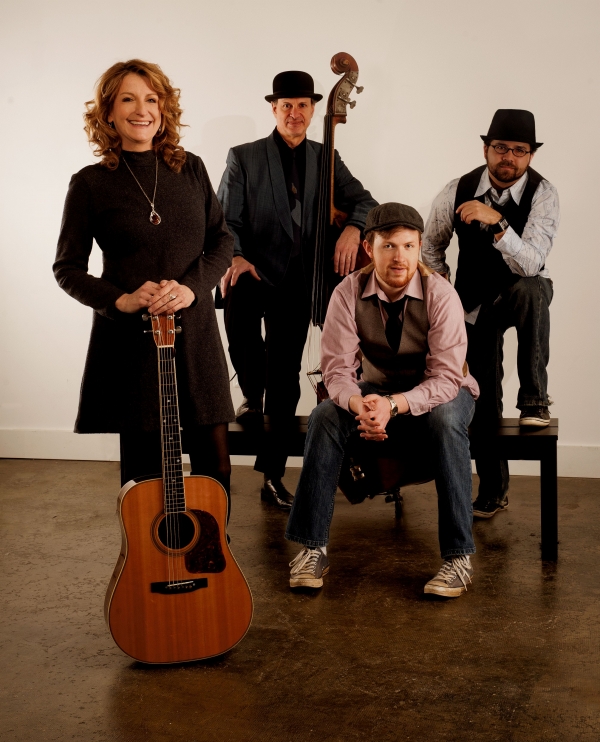 Joining us for a second time on the Ogden Music Festival stage and long recognized and praised as a creative force in acoustic music, Claire Lynch is a pioneer who continually pushes the boundaries of the bluegrass genre. The current Claire Lynch Band is a powerful juggernaut, a quartet that has the innate ability to perfectly interpret the beauty, subtlety, and genre-defying sophistication of Claire's music.

Claire's career is fittingly bookended by two IBMA Female Vocalist of the Year awards:  in 2010, in recognition of her current work with the Claire Lynch Band,  and in 1997, for her influential work with the Front Porch String Band, and as a solo artist."Whatcha Gonna Do," Claire's most recent release (2009) has been called "a stripped-down production with sumptuous acoustic atmospheres" showcasing Lynch's award-winning vocals and the instrumental brilliance of her four-piece band — described by The Bluegrass Blog as what may be "the best backing lineup of her career."  After a busy touring schedule in 2010, Claire received three IBMA nominations including "Song of the Year" and "Recorded Event of the Year," winning the 2010 trophy for Female Vocalist of the Year

As one observer writes, "Listening to Claire Lynch sing is not something to be undertaken casually.  Her songs and stage presence demand the listener's rapt attention.  She's an intensely soulful singer, whose distinctive voice resonates with power and strength, yet retains an engaging innocence and crystalline purity.  She's also a songwriter of extraordinary ability who can bring listeners to their feet with her buoyant rhythms or to their knees with her sometimes almost unbearably poignant and insightful lyrics."  (Dave Higgs, Bluegrass Now)

"Her original songs display her gifts as a songwriter of uncommon skill, and her outside song choices reinforce her artistic self, one who feels deeply about home, family, strength, resilience and courage." – Mary Chapin Carpenter

More in this category: « Robert Earl Keen Junior Sisk and Rambler's Choice »
back to top
Copyright © 2011 - 2021 OFOAM.org
All Rights Reserved.